KEEPING YOU UPDATED WITH OUR LATEST MOVEMENTS, UPDATES, NEWS AND ANNOUNCEMENTS. 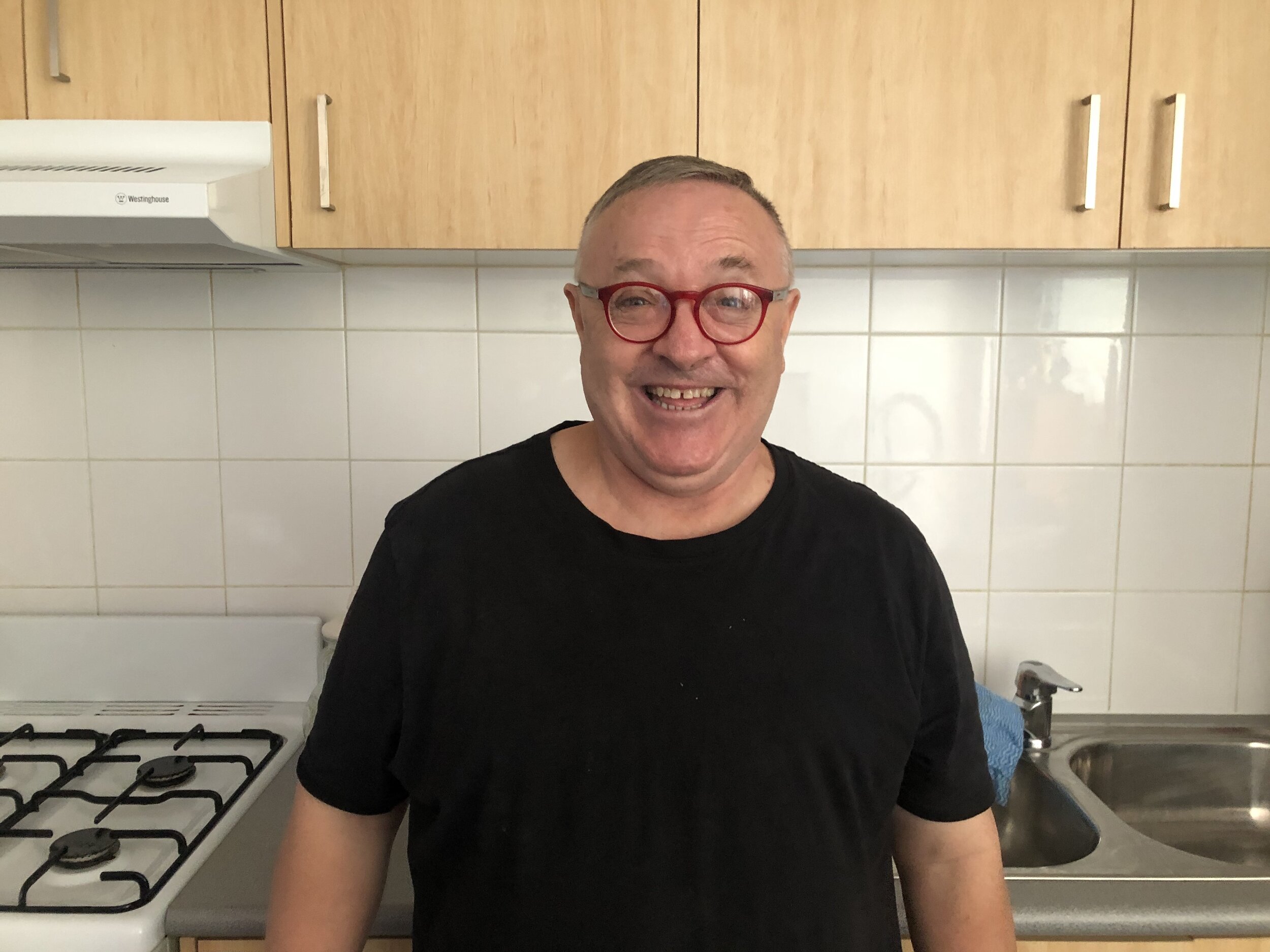 Three years ago, Brian was living in a boarding house in Summer Hill, paying $200 a week for a small room in a sub-par condition. He was fighting to get back his disability pension and living on around $40 a week after rent.

“I didn’t have much at all, my life was a short walk around Ashmore shops and back to my room… I was very depressed.”

Brian had moved into a boarding house after the death of his partner a few months earlier. They had lived in transitional housing for 7 years as Brian’s partner had considerable health issues.

Brian realised that he needed to find an alternative to his current living situation as it was unsustainable living on so little money and he couldn’t invest in his health in the way he needed. Brian managed to get in touch with the Newtown Neighbourhood Centre and was linked to what he states as “an amazing Case Manager” who helped him through a difficult time.

“My Case Manager saw how much I was suffering and wanted to advocate for me as much as he could. He said to me ‘Brian I’m going to get you out of there.’”

Brian at this point felt hopeless and grief-stricken and like he was on the outskirts of society.

“I just felt forgotten and overlooked.”

Brian remembers he was just sitting in his room in Summer Hill when he got the call from CWH to see if he wanted to come to view an apartment in one of our developments in Zetland.

“I almost cried then and there, I couldn’t believe I had been chosen.”

Brian and his Case Manager went to check out the apartment and they both agreed it was a great fit for him. The Case Manager then managed to organise to cover the cost of moving and a short time later he was settling into his new home and life.

“I had never even heard of Zetland, but it was so close to the city. My Case Manager said to me he could see me being happy there and he was right.”

Brian is as house proud as they come. His apartment is meticulous, he has some beautiful traditional wooden furniture and he’s lined up some vintage Geisha figures which bring a personal touch. Brian feels that he is a different person than what he was three years ago since having his own apartment and has a bit more money to spend on little things that bring him joy.

“I’m really happy here. I have my own haven that’s completely mine. City West has also been amazing. Any maintenance requests are dealt with quickly and efficiently. I have no qualms.”

Brian also spoke about affordable housing as a whole and its place in society.

“Any person isn’t far away from needing it. You can lose your partner, lose your house, lose your job. One day everything just changes and you find yourself with nowhere to live and no space to deal with your problems – it compounds.”

Office hours: 8am to 4pm
weekdays.

One of Sydney’s leading affordable housing providers keeping you updated and connected.